Cystic fibrosis is a genetic disorder affecting the lungs, pancreas, liver and intestines. The most serious symptom that sufferers will exhibit is difficulty breathing. Abnormal levels of sodium and chloride transported around the body means they also secrete a bile-like substance which must be removed from the body. Here is a list of ten famous sufferers. Though not confirmed (because he lived in a time before the disease was known), his life displayed all the hallmarks of cystic fibrosis which, incidentally, are very similar to pulmonary tuberculosis. He was one of the greatest classical musicians of all time, living in Warsaw during the great romantic period. His health deteriorated from his mid-30s and he died aged 39. People travelled from all over Europe and beyond so that they could view his body prior to the funeral. Most people will not have heard of him but to video games buffs, he is a legend. He was a games designer famous for Salmon Run, Necromancer, and Alley Cat on the Atari and many more on the Amiga. He went on to develop Monopoly for the NES and Bart’s Nightmare for SNES. He is credited with pushing the boundaries of games design, music, graphics and interface. He died in 1998 aged 38. Imagine what he may have done with some of the power of recent generation consoles! 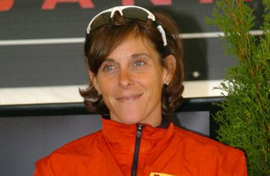 With this disease, sufferers struggle with physical exertion. Lisa Bentley is a famous triathlete who started competing after her diagnosis. Determined not to let it stop her, she competed in the Ironman race series through the 1990s and won the competition an impressive eleven times. 2006 was her best year for competitions when she finished second and third in two separate world championships. Today she is a motivational speaker and television commentator. The British musician and model tragically died at the age of 30 having been born with the disease, she too was determined not the let the disease get the best of her. She believed that her condition would be an obstacle to a singing career, something that later proved wrong when it was revealed that he persistent cough had given her a stronger diaphragm. She was very ill and was for many years on a waiting list for multiple organ transplants. A documentary about her life was broadcast on the BBC shortly after her death. The story of the last decade is the story of the resurgence of talent competitions such as American Idol and The X-Factor. This man won a French talent contest called Star Academy as a singer and ended up being the second biggest selling star of the series selling 1m albums. He was diagnosed with the disease before his second birthday. He died just two years after winning the competition and an album released posthumously led to the proceeds all going to charity; he was just 23. MTV is known for their real-life television shows. One of the first was Real Life and Real Life: San Diego made a star of Frankie Abernathy whose party-hard life was a draw for the viewers; her motto was ‘Tomorrow is a privilege, so live today like tomorrow isn’t happening’. It is hardly surprising see as she was diagnosed with the disease at aged three. Her appearance raised awareness of the disease as she displayed clear signs of the illness. She died in 2007 aged just 25 as a result of complications from the disease. The Sun newspaper, publicly revealed that the then Prime Minister Gordon Brown’s son James Fraser was suffering from cystic fibrosis. The Prime Minister said that he had made his feelings clear that he wished to keep the matter private but the newspaper published it anyway; Brown was reported to have been deeply upset about the publication. In its defence, The Sun claimed to have spoken with Brown and several aides ahead of revealing the story. James was born in 2006 and he is the youngest of the couple’s three children. He is a famous British wrestler but thanks to the dominance of the WWE is only a household names to real wrestling fanatics. The ‘Boy’ in his name is homage to his idol, former fellow British wrestler Davey Boy Smith (The British Bulldog). He is another that is determined not to let his condition get in the way of doing what he wants with his life. Athletes and sports stars with the disease have to overcome even more hurdles because of the problems with their vital organs. Blogging broke onto the internet scene around the mid 2000s and some people saw an opportunity to share their experiences of living with diseases away from the traditional mediums of charity information. This is what inspired this Canadian young lady who blogged about her life and condition, including details of a lung transplant. The blog was named 65_RedRoses and after her death (in 2010 when she was just 26 years old) a film of the same name was released. Her final entry, just two days before her death, reported: ‘I am not managing, not managing at all. I’m drowning in the medications. I can’t breathe. Every hour. Once an hour. I can’t breathe. Something has to change.’ Rugby is a high impact, intense sport ‘ one of the roughest sports ever created. It is no wonder then that Nathan Charles is the only known Rugby player to be living with cystic fibrosis; in fact it appears he is the only person with cystic fibrosis to participate in any contact sport anywhere in the world. Wallabies head coach once said of him: ‘If you look at the symptoms and classic outcomes of cystic fibrosis it’s not a great scenario from a sporting point of view, but he seems to have defied science and defied logic.’

Because the condition gets worse with age, sufferers rarely live beyond their mid-30s, Lisa Bentley is one of a few known famous sufferers who has defied this; she is 45 years old at mid-2014. Sufferers undergo a lot of physical hardship but as we can see above, some do not let it stop them doing what they want to do. Triathlon, rugby and wrestling are physically intense.