Turkey, cranberry sauce, pumpkins and potatoes: these things make up the basic meal for the average American family at Thanksgiving. They are seen as traditional foods reminiscent of the day that the English colonists arrived in North America and shared a meal with the Native Americans in which a number of things were traded and the two peoples introduced to new customs, foods and goods. Yet few of these things actually featured at the meal’¦ so what did? The arrivals may have already been familiar with this slippery customer as it was a staple for hundreds of years for the English peasant and a great source of protein in a time when meat was far more expensive. Not only would it have been a familiar food, but also they would not have been used to some of the fish species that would have swam around the western coasts of the Atlantic. Eel was abundant in the rivers, lakes and coastal areas and easy to catch with simple methods. The meat of kings back in England, the new arrivals would have seen that these too were abundant in the forests of the colonies and would have taken the opportunity to have some of the finest meat available. In fact, we know that they ate venison because the limited records available state that this was on the menu along with various native wildfowl. Both had been given as gifts by the Wampanoag tribes as part of the celebration. Part of the staple of any seaman, fresh fruit would not keep long enough for a typical sea voyage so they would have been dried, much as we do to prunes, apricots, currants and raisins today. They can last months and with the supplies no longer needed for the journey, these too would have been on the menu to share between the arrivals and the native tribes. Dried fruit was often eaten as a dessert and raisins would have featured quite heavily. Then, as today, largely seen as an expensive delicacy in the UK and North America, this too would have been abundant in the shallow coastal waters in and around the colonies. It is said that Squanto showed the arrivals how to hunt and catch a wide variety of fish, shellfish and game. We know that lobster featured heavily in the meal and much fuss was made about it in the letters sent home. Today, Americans largely eat Turkey as the main dish ‘ something that was added much later- but lobster is far more traditional. This strange concoction is one of the few specific native dishes that Squanto and his people would have shared and adapted together. A mix of porridge oats, milk and corn, it is a thick soupy sort of dish. It can be a side dish or eaten on its own. There are a number of variations today and sometimes it is served with meat. However, the pilgrims were likely to have eaten dried food that they brought with them ‘ beans for example. Eaten all over the new world in a time before the Europeans brought barley or wheat, this amazing crop is diverse on its own or can be used to bake bread such as tortilla. It is seen in pre-European cultures right across North America and Meso-America. It is no great surprise then that we see maize forming the staple of the first Thanksgiving and probably many meals after that as the colonists sought to plant their own crops as well as explore the crops of the new world. 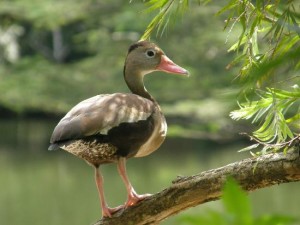 The meal took place in the Autumn (Fall) when turkeys would not have been quite so plentiful. What was plentiful though was a large number of wildfowl such as ducks and geese: which would also have been plentiful in Britain where the pilgrims largely came from. Other options may have included swan and maybe even some passenger pigeons which have only been extinct for a century. We know that they were found in great numbers prior to the arrival of the Europeans. With all the luxury on display, it is easy to forget the (pardon the pun) bread and butter’¦ the staple food types that accompany most meals. Because the settlers had not been there long enough to grow the type of crops they were used to back home, bread would have featured but it is likely to have been made with maize rather than wheat or barley. This tradition is still seen all over the continent even if the more conventional crops from Europe are used far more often for bread. The lack of wheat also meant no pastries for pies either. Nuts are a good food that keep for a long time, they are also a fine source of protein. The colonists would have brought a lot of native species such as hazelnuts and chestnuts (and walnuts which are not native to England but were grown there by this time). Nuts are harvested in the Autumn so this would have been the perfect time of year to harvest lots of native American species which are far more diverse and would have been the core of the native diet. These would have included acorns and chestnuts.

Thanks to hundreds of years of cultural evolution, we have come to understand that certain foods are representative of one of the most important events in American history. Yet it appears that the staple items from this meal were most likely not prevalent and in most cases, not even present because they came from elsewhere and were introduced much later. So next Thanksgiving, steam your lobster, have a side order of Samp and finish up with some dried fruit and nuts for that truly traditional meal!