Thanks to an lucrative alternative medicine industry, lots of silly claims are made about all manner of things in our kitchen. You’d believe that all sorts of things ‘kill’ cancer and it takes a lot for researchers to get the information out there that a lot of it is useless. However, some substances have been studied extensively and it appears that some do have genuine medicinal properties. The following is a list of common things we have in our kitchen with antibiotic properties. The benefits of honey have been well known for a long time. For millennia, ancient civilisations have celebrated bees, honey and the substances produced in hives. It is also far more diverse as a sweetener treat and to some, tastier than sugar. It also has some medicinal properties. As honey is sterile, it is put on wounds as an antiseptic and has many antibacterial properties. However, in conventional medicine it is used as last resort to antibiotics when all others have failed or the patient is allergic. It has also been shown to aid chronic coughing. This popular kitchen herb used largely in spring for salads was used in ancient Egypt in a cocktail of herbs and preservatives in the embalming process. A rigorous study in 2006 found that its uses are fairly diverse in being effective against a wide range of microbes ‘ particularly when it is in oil form. It is most commonly used in mouthwashes and hand sanitizers in the west. Most interestingly, it is used as a treatment for fungal toenails. 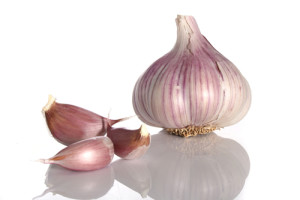 Garlic has had a lot of information published on its medicinal properties over the years and it appears to be a diverse herb. It is allegedly good as for the immune system (particularly in warding off winter bugs as well as vampires) but it has been demonstrated to have good antibacterial properties. In fact, researchers have shown it to have one of the strongest antimicrobial properties of all kitchen herbs. Used as a preservative in storing meat, it is known to kill almost all known bugs that turn meat bad. 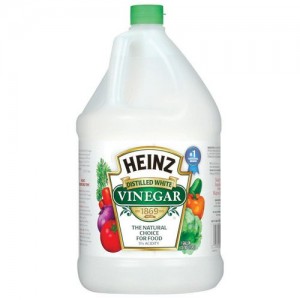 Due to its high acidity, vinegar is going to kill a lot of microbes and is one of the most effective substances in reducing food poisoning. It is a common dressing substance, either mixed with other things to form a dressing for salads, or traditionally British people put copious amounts of it on their fish and chips. The particular study that found out its antibacterial properties demonstrated that the application of heat increased its effectiveness. A tasty sweet treat for children long before the advent of sugar, today it is a staple of the Christmas ingredients list. It is the quintessential smell of the festive season but most do not realise that it has antibacterial properties. Similarly to garlic above, it too was used to preserve meat long before we had refrigeration. This is also possibly why it is used so extensively in Christmas food ‘ mince pies initially did contain meat, yet the dish was sweet. The cinnamon would have both sweetened the meat, and preserved it. We don’t tend to buy capsicum as a substance, we usually buy the fruits that we find it in: typically hot chillies. It should come as no great surprise that a lot of these spices grow very well in hot countries. Though we tend to think of India, Thailand and Mexico for example as using chillies for flavour, the antibacterial properties of capsicum and other hot spices is an ideal preservative to extend the life of meat. Today, the world has gone mad for chillies for their sweet flavour, heat and diversity. 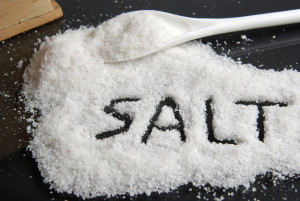 Salt has long been used as a preservative and its uses for keeping meat fresh especially has been well documented ‘ painfully, it was usually also rubbed into severe wounds to stop them getting infected. This is slightly different from the others on our list because though it does not have antibacterial properties in itself, it removes water from things and it is usually through water that microbes breed. The drying process removes the major catalyst for infection. Brine (salt water) is an excellent preservative for keeping fish fresh. Results are mixed on most of the medical claims about ginger but one thing is clear, it is and always has been a good remedy for an upset stomach. This is another mainstay of the Christmas pantry and the indulgence associated with the festive period leads to many stomach aches. Perhaps the use of ginger through the ages is supposed to pre-empt any pains caused by that indulgence? Today, most people prefer to drink ginger beer and the soft drink has experienced a resurgence in popularity in the UK especially. Lots of silly claims are made about onion ‘ apparently they can ‘draw’ viruses right out of your body. Don’t keep it too long however, because it can give you those diseases when it draws in too much. Leaving aside these nonsense claims, it seems that onion extract when combined with lime can inhibit some strains of E. coli (a particularly nasty bug responsible for food poisoning in people) and most importantly, those that have developed a resistance to conventional antibiotics. That vapour that makes your eyes water has limited antimicrobial properties too. 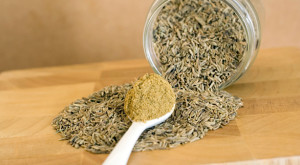 This is another substance that has many fanciful claims made about it. Sadly, most of them are not true. However, the spice does have some known and verified antibacterial properties as well as a number of uses in aiding diabetes. As with many spices from the Indian subcontinent, it has been used for hundreds of years as a preservative.

The natural world around us is slowly turning up many medicinal uses for common substances. It is unfortunate that so many erroneous claims are made about these substances and doing so does not help investigation into some of the very real medicinal benefits of the things that lurk in our kitchens.